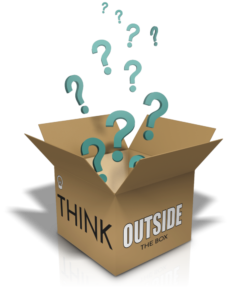 When it comes to legal research, don’t worry if you can’t find that one case directly on point with your argument. It doesn’t always exist, believe me. And even if it does, it may be so outdated that it no longer really applies. Instead, consider the policy reasons that support your argument. In fact, think about the reason you believed in the case in the first place — what it is that makes what happened to your client just plain wrong. Remember that the appellate courts are not simply bound by legal precedent, as the trial courts are. It may be your opportunity to change the law.

Stare decisis is not the end

The common law doctrine of stare decisis states that once a legal issue has been decided by a court, subsequent decisions in cases involving similar facts should be consistent with that earlier decision. But remember court decisions actually apply first to the rights of the parties to that particular action before the court at that time. They are not, and are not meant to be, absolute laws governing the conduct of everyone, in every situation, for all time. Rather, the precedential value of judicial opinions is limited to the question presented by the specific facts of the case before each court.

Some decisions are more susceptible to being overturned than others

It is also important to recognize that not all precedents are given equal deference.  In fact, some decisions are more likely to be overruled than others. Courts are more inclined to correct an error stemming from an earlier decision than they are in cases involving statutory interpretation. For this reason, the source of the existing rule of law is quite important. When a rule originated with the courts, so as to be considered common law, then courts are more willing to re-examine the rule and set it aside, if necessary.

The information on this website is for general information purposes only. Nothing on this site should be taken as legal advice for any individual case or situation. This information is not intended to create, and receipt or viewing does not constitute, an attorney-client relationship.